​
Keep Reading...
Categories:
BradyGames Giveaway: Win KH3D along with Strategy Guide!
Posted by Chevalier : Dec 11, 2012 at 4:52 AM ( 1 , 803 )
A small heads up for those who bought a 3DS and still don't know what to do with it. BradyGames is giving away Dream Drop Distance along with the strategy guide.

Thanks to ZeroIII (Keyblade Spirit) for the info!

note: KH-Vids.Net is in no way affiliated to BradyGames. Any complaints or claims should therefore be directed at BradyGames. We are not responsible for anything that happens in this giveaway.
Keep Reading...
Categories:
Best Buy Kingdom Hearts 3D Black Friday Sale!
Posted by Chevalier : Nov 7, 2012 at 5:00 PM ( 19 , 3,140 ) 
Hey guys! We have something very interesting to tell you today! With Novemember here, we're gonna soon be in the midst of the Black Friday deals.

In particular, Best Buy seems to have a great deal for Kingdom Hearts Dream Drop Distance. From what I can see, the game even goes as cheap as 15 USD! Pretty neat, huh?

~ A new new plush toy was put up for Pre-order. The Shadow Heartless plush, in all it's adorable splendor is 24cm high from foot to antennae, and 12cm in width and depth. Talks of releasing this cute little addition was planned months ago, along with the Dusk Nobody and Flood Unversed, which we will hopefully be hearing about soon. It will be made available on December 22nd, 2012. 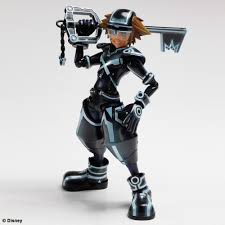 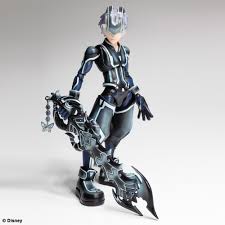 ~ New Play arts have been made available for pre-order. These figures have been seen on display many times at various conventions and game shows, depicting both Sora and Riku in their "Grid" attire. The Sora Model comes with the Kingdom Key, Ultima Weapon, and Dual Disc Keyblades, while the Riku model comes with the End of Pain, Way to the Dawn, and Unbound Keyblades. Fully painted and equipped with interchangeable hands and keyblades, these Play arts will be released on April 26th, 2013. 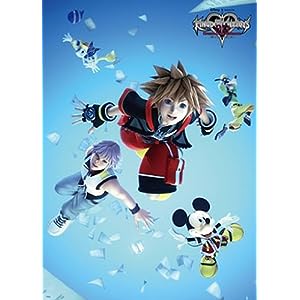 ~ A new Dream, Drop, Distance puzzle has been released. For those puzzle lovers out there, this 2,000 Piece portrait dipicts the scene from the opening of the game itself, featuring Sora, Riku, Mickey, Donald, and Goofy. It is available for the price of ¥3,834 and will be released on November 23rd, 2012.
Keep Reading...
Categories:
Page 4 of 4
XenPorta 2 PRO © Jason Axelrod from 8WAYRUN.COM