​
It's been announced today that Dark Horse Books will publish the first ever Ultimania Kingdom Hearts book in the west, titled 'Kingdom Hearts Ultimania: The Story Before Kingdom Hearts III'. This Ultimania book is based on the 'Kingdom Hearts Series Memorial Ultimania' book released in Japan back in 2014 around the time of the release of 'Kingdom Hearts HD 2.5 ReMix'. The book can be pre-ordered from Amazon for $44.99.
Keep Reading...
Categories:
Susan Egan Seemingly Confirms Reprising Her Role as Megara in KH3
Posted by T'Challa : Oct 18, 2018 at 8:31 PM ( 1 , 498 )
When it was revealed in a V-Jump scan that Meagara was going to return in 'Kingdom Hearts III' the actress who played her in 'Hercules' and reprised the role in 'Kingdom Hearts II', Susan Egan, apparently confirmed her involvement with the upcoming game, tweeting about the scan from yesterday:

​
Keep Reading...
Categories:
Christmas Town Sora Funko Pop Figure Possibly Coming Soon
Posted by T'Challa : Jul 23, 2018 at 11:38 PM ( 0 , 482 )
In a tweet teasing upcoming Funko Pop! releases, Funko Pop News! shared an image of Sora in his Christmas Town attire, indicating that we may be getting a figure based on that appearance pretty soon. Check out the tweet by Funko Pop! News below:

​
We'll have more information as soon as an official confirmation is made.
Keep Reading...
Categories:
POTC World Now Called 'The Caribbean' + Renders from that World + MORE Renders
Posted by T'Challa : Jun 11, 2018 at 11:57 PM ( 6 , 559 )
After releasing the shocking trailer during Sony's E3 conference confirming the return of Jack Sparrow and the rest of the POTC gang, Square-Enix also revealed that the 'Pirates of the Caribbean' world, called 'Port Royal' in KH2, will instead be called 'The Caribbean' in 'Kingdom Hearts III'. In addition to that, the world logo as well as renders for Sora, Donald, and Goofy from that world have been released. Check 'em out below: 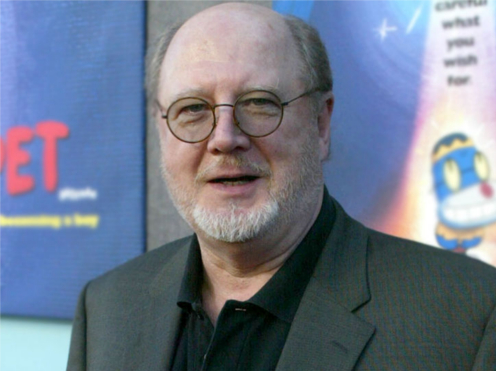 ​
David Ogden Stiers, an actor known to Disney fans as the voice of several notable characters such as Cogsworth and Jumba, two roles he reprised in the Kingdom Hearts series (as well as playing the role of Doc on 'Kingdom Hearts: Birth by Sleep'), has sadly passed away after battling bladder cancer at the age of 75 in his home in Newport, Oregon. Surely, his death will hit those of his who've heard his voice over the years pretty hard. And it is sad to know that should his characters (whether they be returning, like Cogsworth and Jumba, or new ones like Governor Ratcliffe or Fenton Q. Harcourt) appear in the Kingdom Hearts series in the future, he won't be the one voicing them.